UNMC › VCR › About Us › Leadership 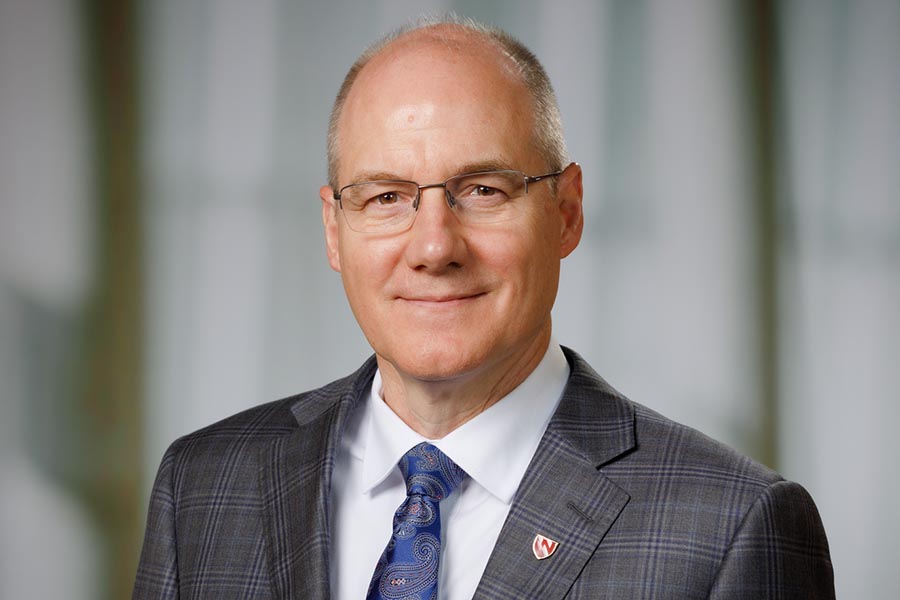 Dr. Bayles was named UNMC's Vice Chancellor for Research in 2022.

He trained in bacterial genetics at Kansas State University, earning a PhD in 1989 for his studies of toxin production by the gram-positive pathogen, Staphylococcus aureus. He then performed post-doctoral research at the University of Maryland, Baltimore County, examining the regulatory response to DNA damage in Bacillus subtilis and S. aureus.

After nine years as a faculty member at the University of Idaho, he moved to the University of Nebraska Medical Center, where he became the founding director of the Center for Staphylococcal Research and combined the talents of several investigators to focus on the role of staphylococcal biofilm in the development of disease.

In 2011, Dr. Bayles was promoted to Associate Vice Chancellor for Basic Science Research, supporting several campus-wide efforts to enhance the productivity of its research faculty, including the Nebraska Drug Discovery and Development Pipeline. In 2018, he also was appointed Associate Vice Chancellor for Research and Creative Activity at the University of Nebraska Omaha.

Throughout his career, Dr. Bayles’ research interests have been funded by multiple NIH grants and have remained focused on elucidating the regulation of bacterial cell death and defining their roles in biofilm development. This research has led to greater than 120 publications, many of which having expanded the boundaries of bacterial physiology to include the concept of bacterial programmed cell death and the hypothesis that the molecular control of this process is conserved in plants and animals. In addition, his studies have led to the discovery that bacterial biofilm is a complex developmental process that includes many functions previously thought to be reserved for more complex organisms.

In more recent years, his research interests have expanded to Department of Defense-related activities including work on countermeasures against weapons of mass destruction such as therapeutics and vaccines to protect against select agents and toxins, as well as compounds to protect against radiation exposure.

For his contributions to the field of microbiology, Dr. Bayles was inducted into the American Academy of Microbiology in 2017.